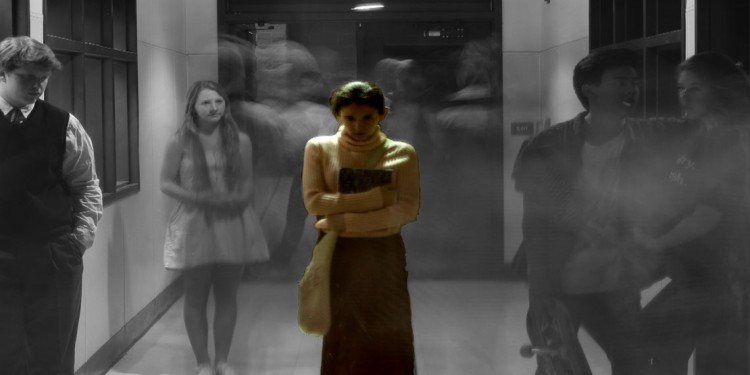 Stephen King’s novel “Carrie,” the haunting tale of a teenage outcast using her telekinetic abilities to exact revenge on her vicious classmates, has been adapted into numerous genres including film and stage plays, but you might be surprised to learn that the morbid and controversial subject matter of King’s prom night fright fest actually lends itself well to music. When the Temecula Valley High School drama department presents “Carrie: The Musical,” audiences have the chance to see just how relatable the title character’s struggles really are.

Like the original novel, “Carrie: The Musical” is narrated by one of Carrie’s classmates, Sue Snell.

“Sue tries to reach out to her in an attempt to break the cycle of abuse at Ewen High School,” Director Derek Heid said. “Her story, like Carrie’s, is about how to find yourself amid the many voices that teenagers hear; voices telling them what to do, how to be, and who and what to like. Ultimately Sue and Carrie are the same in that they are unsure of where they belong but are desperate to be accepted for who they are.”

Those familiar with the famous 1976 film starring Sissy Spacek may wonder how a story that (spoiler alert!) culminates in a pig blood-soaked anti-heroine destroying a whole town could be turned into a stage musical suitable for a high school production, but Heid is confident that the show’s themes outweigh the dark content.

“Carrie’s morbidity is matched by its relevance to adolescent life and that’s what the musical’s creative team – Laurence D. Cohen, Dean Pitchford, and Michael Gore – went for when the show was revised in 2012,” he said. “Carrie retains her telekinetic powers and the climactic scene at the prom still exists, but the body of the show deals greatly with the consequences of bullying, for both bully and bullied, rather than on the events that unfold at the dance.”

The TVHS production of “Carrie: The Musical,” brings together a talented group of young performers, including Senior Alyssa Bertsch as Carrie, and gives the chance to tackle what Heid considers one of the hardest projects he’s ever chosen to stage.

“I wanted to challenge my students with material that was outside of the high school standard, as I believe ‘Carrie’ is. It’s a tough show to sing, tough to dance, and toughest to act,” Heid said. “[The cast is] a great mix of students with varying levels of experience and stupendous ability and I have a great deal of faith in my student performers and student technicians so I expect that the production will rise above all expectations.”

Not recommended for viewers younger than middle school age, Heid hopes that his audience will concentrate more on the lessons “Carrie: The Musical” can teach rather than dwell on some of its more provocative elements.

“It is possible that people will object to the portrayal of death, which accounts for a very small portion of our show, and others who may resist the depiction of the romantic relationships between our teenage characters, and I can understand those reservations, but I would remind those folks that Shakespeare’s ‘Romeo and Juliet’ is likewise guilty of all of those things and is much more explicitly violent than ‘Carrie,’” he said. “As with the reading of Shakespeare, the goal is to ensure that our show does not hinge upon the controversial moments, but rather uses those moments to deliver a powerful message; in this case, that there are circumstances unknown to us in the lives of everyone around us and it ultimately costs very little to extend a little kindness.”

“Carrie: The Musical” runs April 30th through May 9th at the Golden Bear Theatre at Temecula Valley High School. For more information, visit the drama department’s Facebook page at https://www.facebook.com/tvhsdramatics/timeline.

“’Carrie’ is an exceptional example of a show that has an important message as well as some exciting music and moving performances,” Heid said. “The students of Temecula Valley High School’s drama department have been working for five months to put this spectacular production together so please come out and see the brilliant job that they’ve done!”

Walk in the Vines Benefits Our Nicholas Foundation 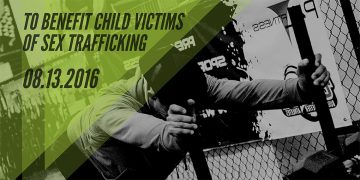 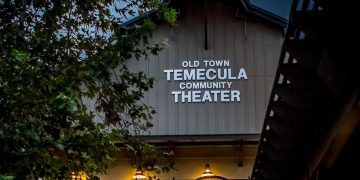 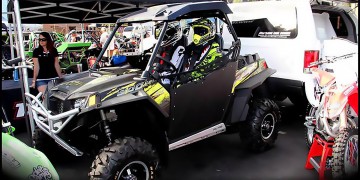 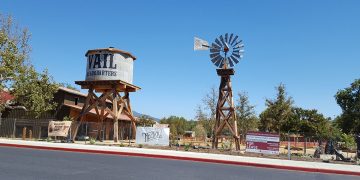 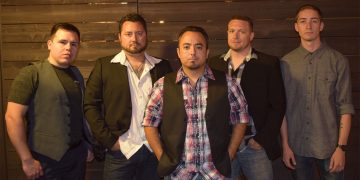 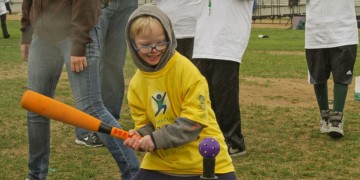 Supporting our local schools has never been so delicious when culinary playground, the Taste of Temecula Valley (TOTV), returns to...