Feedly
YOU ARE HERE: Home » Columns » From the Cul De Sac: Back to School, Again
Columns 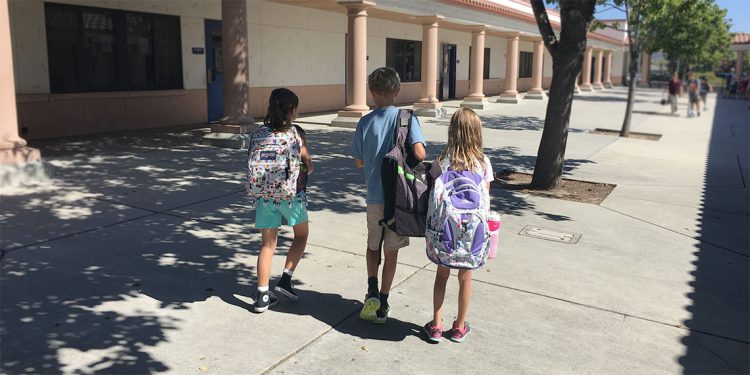 Back in 1996, Staples came out with one of the best commercials in the history of television.

A jubilant father can’t contain his joy, as he danced through the aisles of school supplies, followed by two melancholy children hanging their heads in sorrow. Set to the Andy Williams’ classic “It’s the Most Wonderful Time of the Year,” that 30-second spot seemingly defines how many of my fellow parents felt this week, as the City of Temecula went back to school.

I, myself, am elated that school has started again, as I have a very exuberant child who needs to be entertained at all times and, with three jobs, I just can’t do that. I couldn’t be happier to send my beloved kid, and her massive ball of energy, off to school once again.

After interviewing other moms and dads, some of whom are members of the Moms Club of Temecula Meadows, I was obviously not alone in my glee. The many reasons parents are thrilled about the new school year ranged from more structure for kids during the day to less money for daycare to more wine tasting time, but one happy result of back to school season seemed to be the runaway favorite.

“The best part of my kids going back to school is that I can get some quiet time again,” Temecula resident and Mom’s Club member Jessie Paugh said.

“Hallelujah! Mom has some free time again,” she said.

But, Caplan, whose daughter will be entering kindergarten this year, has many of the same reservations as all loving parents do when watching their babies strap on their backpacks, some for the very first time.

“I can’t help but be scared that she’ll be sitting alone at lunch or have nobody to play with at recess,” she said.

Though many parents celebrated the new open hours in the day; some dreaded the added responsibilities the school year can bring.

“The worst part is struggling to help all the kids with homework while also juggling after school activities, sports, appointments and family meals,” Paseo del Sol resident Samantha White said. “It’s about to get really hectic from 3:00 pm to bedtime.”

But not everyone has school age kids or kids at all and, for this group, the return of the students means only one thing.

“The worst part is definitely the traffic,” Barbara Burkett of Temecula said. “I have to relearn and remember the times and alternate routes, to avoid before and after school traffic jams.”

On the soundtrack to the cinematic classic Grease 2, the legendary Four Tops once sang, “Gotta go back, back, back to school again,” and that fact seems to elicit varying responses from the Temecula community. But, regardless of whether you curse the heavy traffic and the chaotic schedules or rejoice in the idea of more time to yourself, school is now in session and parents can be heard cheering, in unison, all across the valley.